Written and directed by Christopher Allen 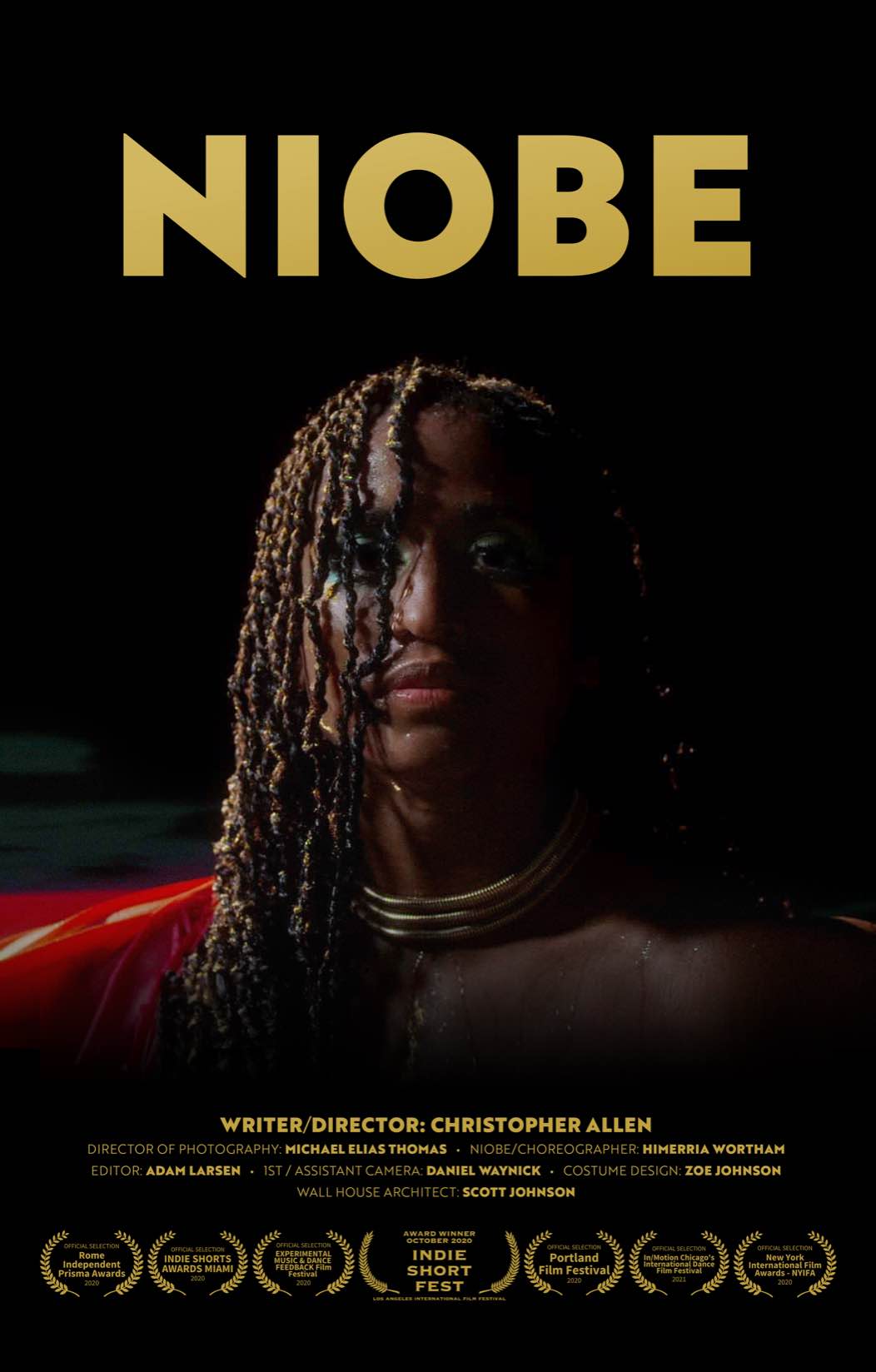 NIOBE, a weary traveler from an unknown land, carries with her only the pain and suffering of all the people she has encountered along the road. Niobe arrives at an impassable wall, an unavoidable stop. She uncontrollably begins to release the held sadness that she has collected.

The communal tears start flowing through Niobe. She becomes submerged in the tears of humankind. The water that at first was drowning her, begins to cleanse. With renewed strength, she reemerges.